Ditsy Rose
Bridal Warehouse
WE'RE OPEN!
(Appointments only)
Our appointment book is filling fast! If you are in need of an appointment, contact us asap to avoid disappointment! 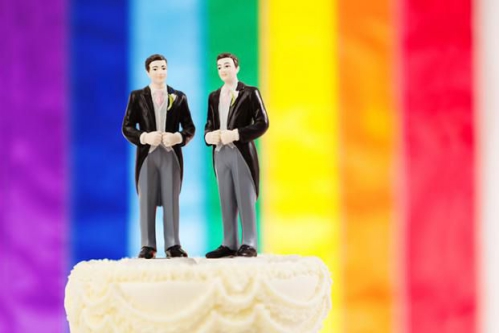 A civil partnership is a relationship between two individuals of the same sex that is recognized by the United Kingdom courts. It allows the couple of the same gender to have the same rights and responsibilities of a married couple. Such rights include property rights and parental responsibility. In addition, couples in a civil relationship have tenancy rights, full insurance recognition, and next-of-kin rights. The Civil Partnership Act 2004 states that a civil partnership only ends in death, dissolution, or annulment.

The old Oxford Dictionary definition of marriage states that marriage is the recognized formal and legal union of a woman and a man as relationship partners. In July 2013, the Daily Mail reported that the language experts of the Oxford English Dictionary would monitor how the word marriage changes over time and may eventually change its meaning, just like other words which change their meaning after many years. This was aimed at following the footsteps of other countries which have changed the meaning of marriage such as Canada and France.

Similarities of Civil Partnerships and Marriage

There are a number of similarities between the two. In both cases, the annulment can be done for two reasons. First, either the marriage or civil partnership could be annulled if the one of the partners did not validly consent to the union. Second, if one of the partners was suffering from a mental disorder that would render them unfit for the union. In both civil partnership and marriage, divorce or dissolution can be done for any of the following reasons: separation for a period of two years, desertion for two years, unreasonable behavior, and separation for five years. Lastly, both the marriage and civil partnership are generally treated the same way when it comes to state pensions.

Differences of Civil Partnerships and Marriage

Legal Provisions
Marriage has a different legal regime from civil partnership. It is governed by the Marriage Act 1949, Matrimonial Causes Act 1973, and Marriage Act 2013. A civil partnership is governed by the Civil Partnership Act 2004. Consequently, married couples cannot call themselves civil partners, and vice versa. FormationA marriage is formalized by saying a prescribed form of words. In addition, it can be conducted through a civil ceremony or religious ceremony. For same sex marriages, the religious organization in question must be willing and ready to solemnize a same sex marriage in tandem with its rites. On the other hand, civil partnerships are solemnized through signing civil partnership documents and no words are required to be spoken. In addition, the formation of a civil partnership is an entirely civil event. The partners can choose to have a ceremony but this is not part of the formation. The Administrative Process in the case of marriage, the notice of marriage is given in each case of the registration district in which one has lived for the previous seven days. In addition, marriages are registered on paper- in a hard copy register. In the case of a civil partnership, the notice is given anywhere within the local authority where one has lived over the last seven days. Civil partnerships details are recorded in an electronic register.

Divorce and Dissolution
Adultery is a major issue as far as marriage is concerned. A divorce can then be processed to end the marriage. In this case, adultery refers to having sex with someone of the opposite sex outside the marriage. Civil partnerships are ended by a dissolution order. In addition, issues of adultery do not play a major role in initiating divorce in a civil partnership.

Living Abroad
Married couples do not experience any problem in their decision to live outside the UK. However, civil partnerships may experience challenges which can be restrictive on their travel. For example, countries such as Portugal, Sweden, and Argentina view same sex marriage as legal but do not recognize civil partnerships. Consequently, UK civil partners who travel to such countries do not enjoy the same rights as same-sex married couples in those countries. Similarly, foreign gay couples who travel to the UK are not regarded as married.

Opposition and Other Issues
Generally, marriages do not face opposition from certain groups as well as the public. However, civil partnerships have led to heated debates especially from conservative groups. In particular, some religious organizations have long been against civil partnership. This caused their legislation to take longer and has not yet been accepted by all especially in some parts of the UK which have low tolerance levels. Another issue is that the UK government is not giving civil partnerships to heterosexuals too. This is seen by some as discrimination on its own. It makes some advocates feel it unfair since the civil partnerships were legalized after significant struggles.

In England and Wales, same sex couples in civil partnerships will be able to convert they status to gay marriages. This of course must be done with the consent of both partners. Overall, it is very important for scholars, lawmakers, the government officials, and the general public to comprehensively understand the difference between a civil partnership and marriage in order to make appropriate use of the words either in official and unofficial settings.

We have new stock available from today on a first come first served basis.

20% discount on your whole order when purchasing during your first appointment. Enter your info below and we'll send a voucher code (via SMS).